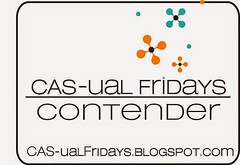 Hello and welcome! Tried something new after a long time, and that got me a bit excited. The alcohol fumes might have been another reason too….

This is something that I had been experimenting on. I wanted to have some other surface to use alcohol inks on – not yupo paper, not glossy paper, not those glossy acetate sheets. Here’s the experiment that I had mentioned in one of my previous posts…though I had only tried blues then, and this particular piece is something I made later, I have used the same base. (More on the base in another post!!)

So anyway, I used red-orange-yellow colors on this one, then used Archival Inks to lift off the color by stamping. I used leaf images from Simon Says Stamp More Spring Flowers and Even More Spring Flowers. I used a similar alcohol ink panel to die cut the Wishes, which is from Pink & Main. I adhered this on a white panel and trimmed a shadow around the die cut. The rest of the stamped sentiment is from Winnie & Walter Sending You stamp set.

Finally added Nuvo Glitter Drops in Honey Gold – I dunno what happened here – did they suck the alcohol ink?? They look almost transparent! I do wish there was a little more golden shine to it, but too late now, since it has dried! (Maybe I need to experiment on that too??!!)

Well, what I used as the base is a small secret as of now – I’ll post a separate post on it shortly. Until then, any guesses?

Meantime, I shall join the following challenges – 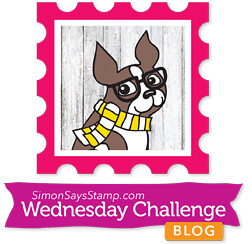 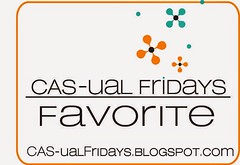 Hello! So I finally got out of series of ‘quickie’ cards and spent a little more time on the card this time. I took the inspiration from the Ellen Hutson Color Trend challenge and thought of trying out all the colors from the palette, if possible. The idea was to use the lighter color (i.e., yellow) on the flowers and the rest of the them to create the background.

I chose the Mondo Sakura florals from Ellen Hutson – it is a latest addition to my stash and I couldn’t wait to try it out! 🙂 A search for a suitable background led me to this Stiched Circles stamp from JustRite – a background stamp I had bought ages ago. And it was kinda fun mixing this old stamp with the new one! 🙂

I stamped the flowers first, then masked the image and stamped the background image, and heat embossed the whole panel using gold embossing powder. I used Gansai Tambi watercolors to color the whole panel. And then I die cut the piece using Simon Says Stamp Stitched Rectangles die. Looking back, I should have left it as is, and covered the whole front of the card with the panel – that was my initial idea, and I think it would have looked better too. Anyways, I added the gold heat embossed sentiment from Winnie & Walter Sending You stamp set. Then I added a bunch of gold sequins in the flower centers. 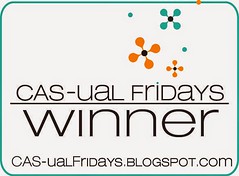 Hello! I was left with quite a few pieces of flowers and leaves after making this card I would send to a friend, so I thought of using them up. This card came about real quick, since all I had to do was arrange the already cut pieces and adhere them on the card!

The flowers and leaves are all from Winnie & Walter In Bloom: Victoria’s Very Merry Flowers. I have this set of cardstock which is just perfect for watercolor effects, and images which are misted with water and stamped look especially pretty. 🙂 So, I first stamped several images from the stamp set onto this cardstock, fussy cut them and kept them ready.

Like I mentioned earlier, the flowers are leftovers from another card I made. The sentiment comes from Winnie & Walter Wishing You.

Sovushka Slavia CASEing challenge #21 – I mostly taken the concept of using flowers, the birthday theme, and the general layout of the muse’s, Svetlana Pavlova’s beautiful card. 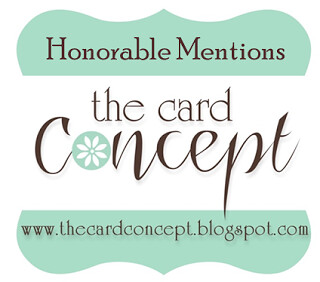 Hello! I tried making something other than a DT card or a card for the family or to send to someone after a long time.. And somehow, I ended up making CAS cards – these are difficult for me to make, but, I ended up pretty refreshed! 🙂

The first is a floral card –

I made this card by heat embossing the flower cluster from Concord & 9th Hello Lovely stamp in white. In fact, I stamped the image twice, but misaligned a bit the second time, which is making the lines appear so thick. Anyway, I colored them using Zig brush pens, then fussy cut them. The sentiment comes from WPlus9 Fresh Cut Flowers. I have adhered both the florals and the sentiment using foam tape for some dimension. Hello! This is the card I made for my sister’s birthday; and boy, did I have a hard time making it! I made quite a few designs, unsatisfied by each one and all before finally finalizing on this one, and completing it. And I am relieved that I did like it in the end.. 🙂 And I hope my sis liked it just as much! 😀

I used stamps from Ellen Hutson Mondo Peony and Altenew Beautiful Day, and stamped the images on watercolor paper in a light gray ink. I then watercolored them all using Gansai Tambi watercolors. I also added details using Zig Brush pens. Once everything dried, I trimmed one end and die cut the other end using Simon Says Stamp Wavy Scallop Stitches.

I wanted to create a heat embossed outline of the same images on the card base, before foam mounting the watercolored panel. So, using my MISTI, on a gray card base (which I know is looking blue in the pictures…), I re-arranged the images, stamped the using Versamark sticky ink and heat embossed them using Silver Pearl embossing powder. I then very lightly watercolored the insides of these using Gansai Tambi Starry watercolors.

After foam-mounting the watercolored panel, next came the sentiment. I used die cuts from Memory Box Birthday Script, stacking two die cuts and adhered them in place on the card. I then colored it with Gansai Tambi Starry watercolors. I could have done this earlier, but I thought the white would look good – and I thought I could add a bit more after I adhered it.. so I had to watercolor it later.

So anyway, the ‘wishes’ part comes from Concord & 9th Cuddles & Hugs stamp, which I heat embossed in silver, twice, to get some additional dimension.

For the envelope, I used some pattern paper… I think it is from K & Company.. I had bought it so long ago!! On this too, I used the same stamp and die cut for the sentiment. Except this time, I used silver foil adhered cardstock for die cutting, and used white gel pen on the stamped part of the sentiment.

And that’s the whole card. I hope my sis liked it!